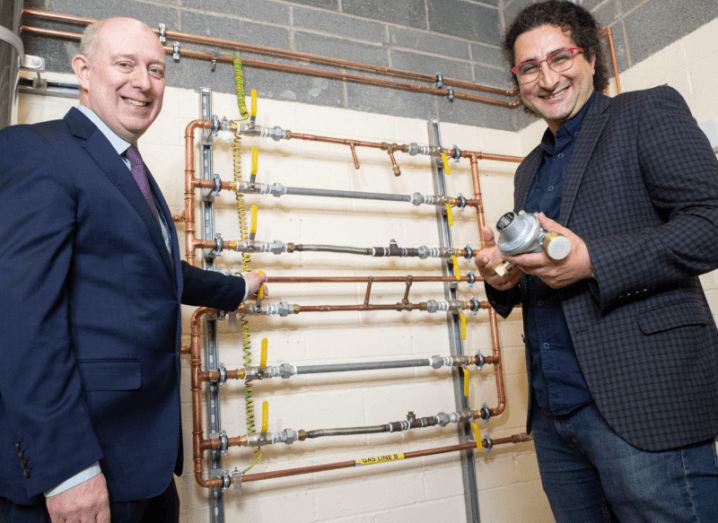 Researchers from the University College Dublin Energy Institute (UCDEI) are working with Gas Networks Ireland on a project investigating the potential use of hydrogen as a domestic energy source.

The research team is trying to find out if we could warm our homes and cook our dinners with hydrogen in the future, testing household appliances to see how they perform when powered by varying levels of hydrogen and natural gas blends.

While there are challenges to overcome, hydrogen can be produced from renewable electricity and stored until needed, meaning it could play a role in decarbonising energy systems.

According to Syron, the decarbonisation of Ireland’s gas network is “essential” if the country is to transition to a net-zero energy system by 2050, as laid out in the Government’s Climate Action Plan.

“This project will provide the data needed to understand how adding hydrogen to the gas network will impact the devices and appliances we use in our homes today to ensure a smooth transition with minimal cost and disruption to consumers,” he said.

The researchers will be investigating how hydrogen can be blended with natural gas and transported through the country’s existing national gas pipelines.

“Initial indications look very promising, particularly at lower percentage blends,” Nolan said. “Our research with UCDEI will allow us to test the operation and performance of household appliances in a very safe and controlled environment.”

Embracing hydrogen is a key part of the EU Green Deal and several countries in Europe, including the UK, have already adopted hydrogen energy strategies.

According to Nolan, Ireland is capable of making the change to more renewable, low-carbon forms of energy.

“Ireland has already transitioned to a cleaner gas once before, from the old town gas, which was a combination of hydrogen, carbon monoxide and methane, to natural gas in the 1980s, and we have a head start on this next chapter.”