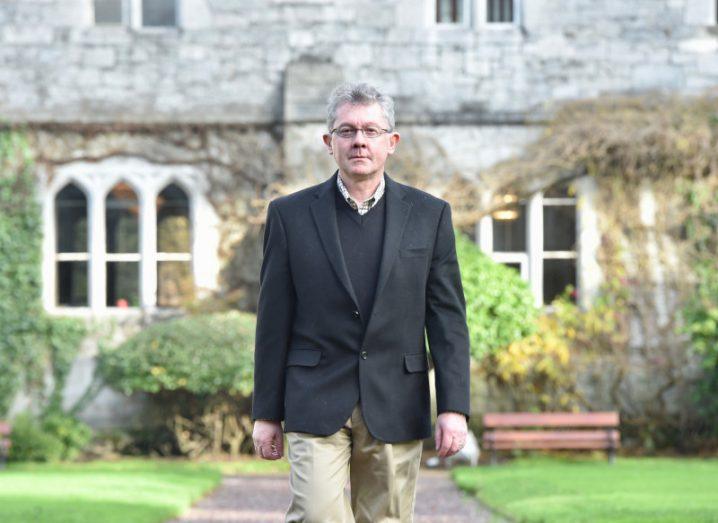 Image credit: Tomas Tyner/UCC
Researchers at University College Cork (UCC) and the University of Oxford have made a breakthrough, solving a major problem in physics that has eluded scientists for nearly 40 years.

Superconductors are materials that can conduct electricity with negligible resistance, so an electric current can persist indefinitely. It has applications in a variety of technologies used today, including MRI scanners and high-speed bullet trains.

However, there is one problem. Superconductors require extremely low temperatures to function, preventing them from being used widely.

For a long time, a major goal in physics has been to find a way to make superconductors work in ambient or room temperatures, a feat that could revolutionise the transport and storage of energy.

In 1987, scientists discovered that certain copper oxide materials can demonstrate superconductivity at higher temperatures – a mechanism that has baffled scientists until now.

From maglev trains to quantum computers
Published in the journal PNAS, a study conducted by the international team was able to develop two new microscopy techniques to unlock the secret of high-temperature superconductors.

The first measured the energy difference between the copper and oxygen atom orbitals as a function of their location. The second measured the amplitude of the electron pair wave function – the strength of superconductivity – at every oxygen atom and at every copper atom.

“By visualising the strength of the superconductivity as a function of differences between orbital energies, for the first time ever we were able to measure precisely the relationship required to validate or invalidate one of the leading theories of high-temperature superconductivity at the atomic scale,” said Davis, whose work at UCC is funded by Science Foundation Ireland.

The results showed a quantitative and inverse relationship between the charge-transfer energy difference between adjacent oxygen and copper atoms and the strength of the superconductivity.

“This has been one of the holy grails of problems in physics research for nearly 40 years,” Davis added.

The international team consisted of scientists from UCC, Oxford, Cornell University, the University of Tokyo, the Institute of Advanced Industrial Science and Technology in Japan, and the Max-Planck Institute for Chemical Physics of Solids in Germany.

According to the team, the discovery could pave the way for developing room-temperature superconductors. These could be used in high-speed maglev trains, nuclear fusion reactors, quantum computers and high-energy particle accelerators.

“Many people believe that cheap, readily available room-temperature superconductors would be as revolutionary for the human civilisation as the introduction of electricity itself,” said Davis.