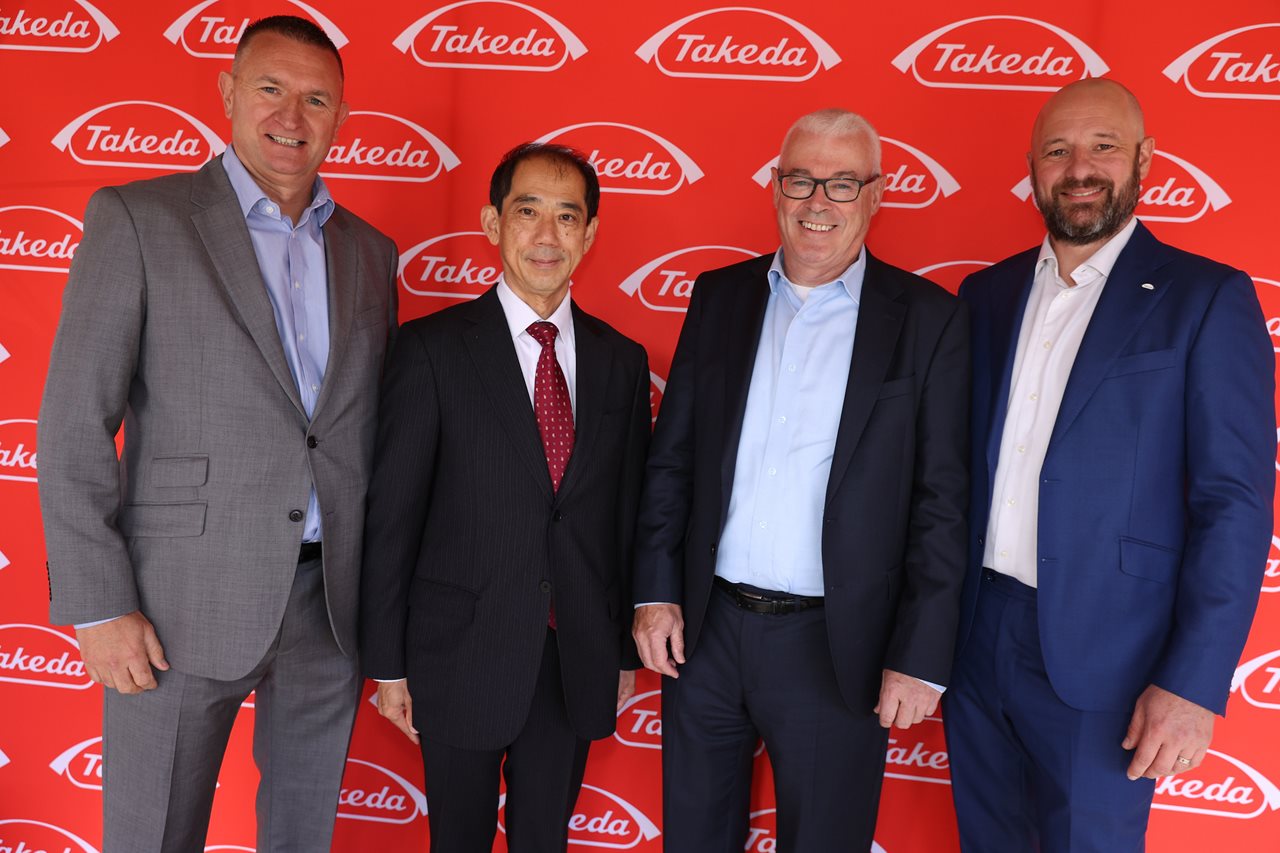 Bray, September 24, 2022: Takeda in Ireland, a subsidiary of Takeda headquartered in Tokyo, Japan, celebrates 25 years of business in Ireland with an anniversary event at their Bray site today. Since first establishing this manufacturing facility in 1997, the company has developed three other locations in Ireland – Baggot Street, Citywest and Grange Castle – which collectively employ over 900 people and have been certified as a global and Irish Top Employer for the last five years. The sites provide innovative medicines to patients in more than 60 international markets.

Today’s milestone event is being attended by more than 1,000 people, with the Bray facility proudly opening its doors to its employees and their families, guests including Japanese Ambassador to Ireland Mitsuru Kitano, public representatives, local schools and Takeda partners such as IDA Ireland and the International Society for Pharmaceutical Engineering (ISPE). This is a significant milestone for Takeda in Ireland, and particularly for its Bray facility. In the last 25 years, the company has gone from strength to strength, and, notably, the Takeda facility in Bray has seen significant growth in its production portfolio, with the addition of a new oncology production suite inaugurated in 2020.

The site plans on continuing this growth while meeting ambitious environmental goals that build on the site's existing use of 100% renewable electricity. Being carbon neutral today, we set ourselves a more aspiring goal. We aim to become carbon net-zero across our value chain by 2040 and lead the way in our industry. Our holistic environmental program includes natural resource conservation initiatives and sustainable waste management. Since 2019, Bray has diverted 100 percent of our waste-to-landfill.

Commenting on the milestone, Minister for Health, Stephen Donnelly TD, said: “Congratulations to Takeda Ireland on 25 years of success in Ireland. The company has been a much-valued presence within the Irish health and pharmaceutical landscape. Since then, Takeda Ireland has gone from strength to strength, creating a valued bond with the local community here in Bray, Co. Wicklow and right across the east of the country through their Dublin facilities. I wish them continued success in the future.”

In celebration of the 25th-anniversary milestone, Takeda’s Bray facility is launching a partnership with local schools, where primary and secondary school students will be offered the opportunity to visit the site and learn about the innovative work the company carries out.

James Dinniss, Bray Site Head, said: “As an active participant in our local communities, we are keen to open our doors – figuratively and literally – to the next generation of engineers, scientists, lab technicians and others, to demystify the work we do. It is hoped that this initiative will help to inspire the young people who will pave the way forward for the business in Ireland over the next 25 years and beyond.”

Mitsuru Kitano, Japanese Ambassador to Ireland, stated: “Takeda Ireland is one of Japan’s largest and longest-running investments in Ireland with its twenty-five-year history. Its achievement is substantial, to maintain and expand the foreign direct investments over such a long time. It is attributed to Takeda's ability to adapt to the changing internal and external environment, to capitalise on the sustained strength of Japan and Ireland in the pharmaceutical sector, and, most importantly, to the strong commitment of all those involved.”

Martin Shanahan, CEO IDA Ireland, stated: “I want to congratulate Takeda on this really important milestone of 25 years in Ireland.  Takeda has played an important role in the development of Ireland’s life science ecosystem by employing over 900 people across 4 sites in the provision of innovative medicines for the treatment of disease. I wish the entire team continued success”


For further information on Takeda’s work in Ireland, visit: takeda.com/en-ie

Takeda is a global, values-based, R&D-driven biopharmaceutical leader headquartered in Japan, committed to discover and deliver life-transforming treatments, guided by our commitment to patients, our people and the planet. Takeda focuses its R&D efforts on four therapeutic areas: Oncology, Rare Genetics and Hematology, Neuroscience, and Gastroenterology (GI). We also make targeted R&D investments in Plasma-Derived Therapies and Vaccines. We are focusing on developing highly innovative medicines that contribute to making a difference in people’s lives by advancing the frontier of new treatment options and leveraging our enhanced collaborative R&D engine and capabilities to create a robust, modality-diverse pipeline. Our employees are committed to improving quality of life for patients and to working with our partners in health care in approximately 80 countries and regions. For more information, visit https://www.takeda.com/en-ie