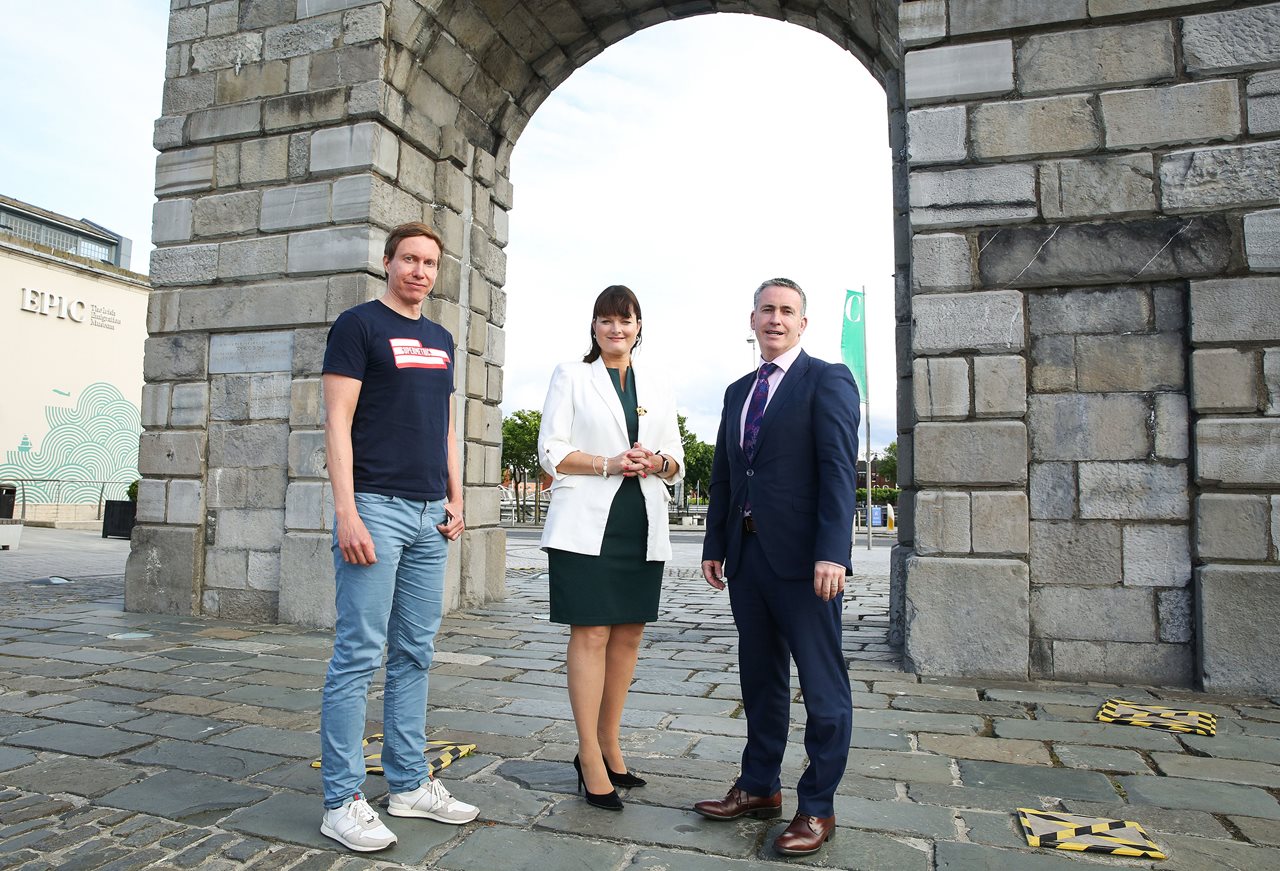 Pioneer of big data tools with over 725,000 users is expected to become the next Finnish unicorn

26th May 2022 - Supermetrics, a Helsinki SaaS data integration tool that automates resource-consuming data delivery today announced the creation of up to 100 new jobs over the next 2 years alongside its investment in a dedicated Dublin office.

The expansion of its Dublin operations demonstrates Supermetrics’ commitment to the region, while strengthening the company’s international capabilities and delivery model, built for clients that are focused on growth and scaling globally.

Welcoming the announcement Minister of State for Business, Employment and Retail Damien English TD said “Congratulations to the Supermetrics team on their expansion, which will see the creation of 100 new jobs in Dublin. This announcement further underscores Ireland’s position as a global hub for the world’s leading tech companies. I have no doubt that Dublin will play a significant role in supporting the growth of the business – we have a track record as an established tech hub in Europe with a skilled workforce.  I wish them the very best of luck with their exciting expansion plans.”

Founded in Finland in 2013 by Mikael Thuneberg, Supermetrics specializes in marketing data integration tools that make it easy for marketing analysts and business intelligence teams to move and integrate data to data warehouses, BI tools, and easy-to-use applications such as Google Data Studio, Google Sheets, and Microsoft Excel.

The company has grown organically since the beginning, generating a profit since day one. In addition to its new Dublin space, Supermetrics has offices in Helsinki, Vilnius, Atlanta and Singapore.

In March 2022, Viva Technology selected Supermetrics for its European Top 100 Unicorns list, which predicts non-listed companies with prospects to reach a valuation of more than $1 billion.

“Ireland has established itself as one of the world’s leading tech hubs. In addition to some of the biggest names in technology, many of whom are Supermetrics clients, it is renowned for its highly skilled workforce and strong ties with the US, all of which were critical factors in our decision to expand our Dublin operations,” says Mikael Thuneberg, CEO & Founder of Supermetrics, stating “We are constantly recruiting new talent in response to growing demand and Ireland is the perfect market to help us achieve this. By the end of this year we project to double the size of the company and grow our revenues by at least 50%, as we place greater emphasis on the US market.”

Martin Shanahan, CEO, IDA Ireland said “Dublin remains a leading destination city for fast growing companies to establish operations here in order to serve and grow their customer base in the region. Ireland has a track record of being an attractive location for Software as a Service (SaaS) companies looking to access a well-established talent pool to scale quickly. I wish Supermetrics every success with this investment and offer the ongoing support of IDA Ireland.”

Supermetrics Group has experienced strong growth, with its workforce increasing by 90%, from 137 employees at the end of 2020 to 260 today, while turnover reached EUR 36.1 million, resulting in a EUR 6.1 million profit. To support its continued expansion, the company’s workforce is projected to grow to 400 people by the end of 2022.

The data integration tool has achieved a solid position among its target audience of marketing teams, agencies and enterprise customers around the world and is today one of the most successful companies in its industry. Supermetrics is pioneering the creation of user-friendly data tools: while traditional data tools have been designed mainly for engineers, Supermetrics makes it easy for anyone to organize massive amounts of data. In this way, it has democratized data in companies, making it available to technical and non-technical workers alike.

“When Mikael first showed me the Supermetrics platform I was awed by the ability of Supermetrics software to simplify the truly complex data problems marketers face every day. I wanted to join this amazing company he has built. The attraction of Dublin as a source of talent to help grow this great business means that I get to do my dream job with a great team in the city that I love” says Gabrielle Stafford CMO of Supermetrics who joined Supermetrics over 1 year ago and the first Dublin hire.

Supermetrics' has more than 17,000 customers including a number of well-known companies and organizations, such as HubSpot, Nestlé, Dow Jones, CDC, Ogilvy, Federal Government of Canada, Fox, and Volvo. The company’s partner list also includes lots of household names, such as Spotify and LinkedIn.

Supermetrics
Supermetrics is a Helsinki-based scale-up which specializes in marketing data integration tools that make it easy to move and integrate data to data warehouses, BI tools, and easy-to-use applications such as Google Data Studio, Google Sheets, and Microsoft Excel. Founded in 2013, the company has more than 17,000 customers in 120 countries. Supermetrics has 260 employees, with offices in Helsinki, Dublin, Vilnius, Atlanta, and Singapore.
https://supermetrics.com/