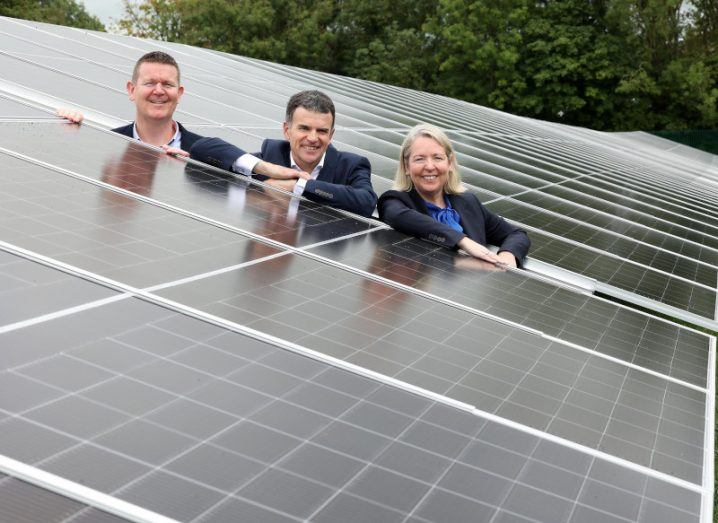 In partnership with ESB, MSD built the 7.3MW ground-mounted solar PV array to support the facility in significantly reducing its carbon footprint. This is in line with MSD’s announcement last year to achieve carbon neutrality across its operations by 2025.

It is estimated that the system will generate approximately 7.9GWh of clean and renewable electricity for the MSD site – meaning that around 20pc of its energy requirements will now come from renewable energy sources.

The company claims that the 7.9GWh of clean energy to be generated in the first year is equivalent to the electricity consumption of 5,000 households.

“By investing in Ireland’s largest solar project, MSD is taking the lead while also securing a renewable energy source for its operations into the future – which we know now more than ever is crucial,” said Tánaiste Leo Varadkar, TD.

MSD is the international name for US-based pharma and healthcare giant Merck. The company employs more than 2,800 staff across six sites in Ireland, with bases in Tipperary, Carlow, Cork, Meath and Dublin.

Last month, the company began construction of a new facility at its Carlow site to strengthen its medical manufacturing capabilities and meet increased global demand for its medicines and vaccines. This will result in the creation of 100 new jobs.

Mairead McCaul, head of MSD Ireland’s country leadership team, said the company is looking forward to working with ESB’s Smart Services over the next 20 years “as we continue to grow our sustainability efforts”.

“We view environmental protection and sustainability as key pillars of how we do business,” she said. “This new project at MSD Ballydine is supporting MSD Ireland in our commitment to ensuring that in everything we do, we’re making a difference.”

As of last month, MSD said it had invested more than $4bn into its Irish operations – which manufacture around half of its top 20 products.