Major Sligo megalithic discovery unlike anything else found in Ireland 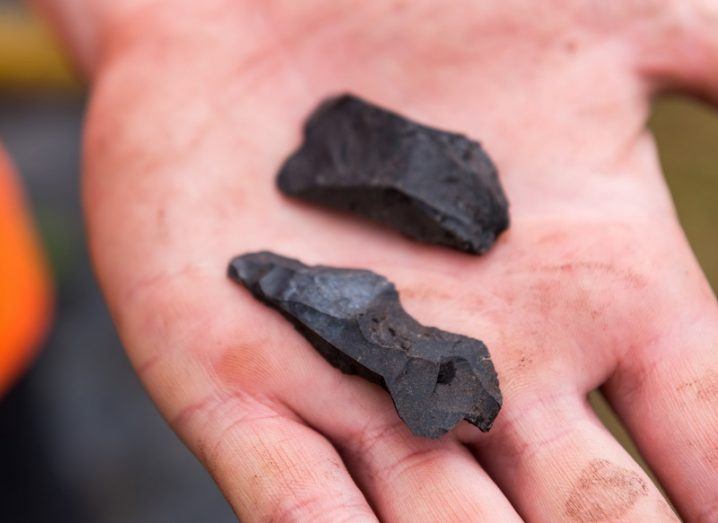 Prehistoric chert scrapers and blades found at the excavation at Carrowmore by IT Sligo. Image: IT Sligo

The past few years have shown Ireland to have a wealth of undiscovered historical sites dotted across its landscape, and now researchers have found something truly unique in its north-western corner.

Archaeologists from IT Sligo have revealed findings from a two-week dig of a prehistoric monument located in the heart of the Carrowmore megalithic complex, the largest cemetery of megalithic tombs in the country. The latest dig took place at a site formerly known as a barrow, consisting of circular earthen monuments surrounded by a ditch dating to the bronze and iron age between 4,000 and 1,500 years ago.

Dr Marion Dowd, Dr James Bonsall and their archaeology students carried out a series of geophysical surveys beneath the soil, revealing several features not previously visible, including a central pit and a substantial circular ditch. This, the researchers said, proved it was a “very interesting” site.

Quite an enigmatic prehistoric monument
“Antiquarians and archaeologists have been studying Carrowmore for over 200 years, but the focus has always been on the neolithic megalithic tombs. We were keen to change focus and find out more about this particular barrow monument, and how it related to the concentration of megalithic tombs at Carrowmore,” Dowd said.

“There are several barrows within the Carrowmore complex. These would generally be viewed as bronze age or iron age in date, coming several thousand years after the neolithic tombs. We wanted to find out why a site that is normally considered to be much later in date was built amongst the passage tombs.”

Proving not to be a barrow at all, the Sligo site is unlike anything else ever discovered in Ireland. The researchers showed that the circular ditch surrounded a central raised area that consisted of a thick circular layer of stone. Several prehistoric tools made from a hard stone called chert have also been discovered around the site, amounting to what the researchers described as a “prehistoric toolkit”.

With more than 350 artefacts retrieved from the dig, Dowd said they will now look at them in greater detail. “We are now focused on post-excavation analyses of all the materials recovered during the excavation, and hope to have scientific dating in the next few months,” she said.

“At the moment, what we can say is that we have quite an enigmatic prehistoric monument; something different and new.”