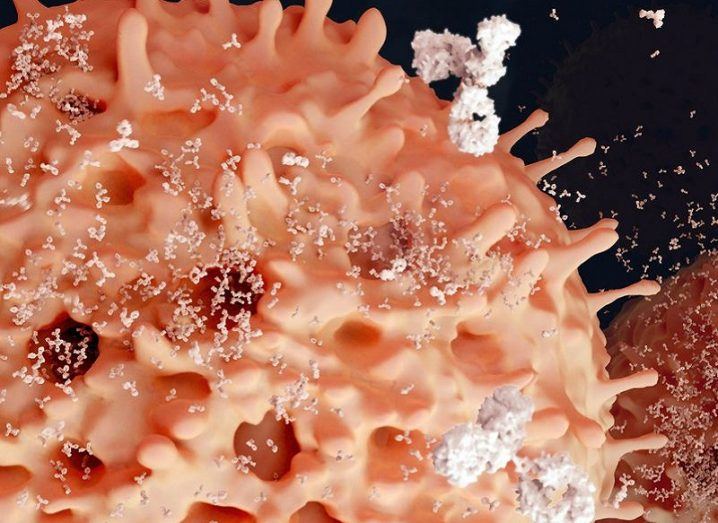 The blood cancer arises from a plasma cell – a type of white blood cell – that normally produces antibodies to fight infection. In those diagnosed with multiple myeloma, the plasma cells become cancerous and are thus named myeloma cells.

They impair the production of red blood cells, leading to the development of anaemia and also serious damage to the bones and kidneys. In Ireland, approximately 250 people are diagnosed with the cancer every year and 170 eventually succumb to it.

However, this latest study has returned very promising results that could lead to a new treatment for those newly diagnosed with multiple myeloma. Publishing their findings to Blood Advances, the authors of the study said that these Irish patients were the first in the world to take part in the drug trial.

Highly effective, safe and convenient
The trial investigated whether the addition of a new multiple myeloma treatment called daratumumab (DARA) to a standard-care chemotherapy containing the drugs cyclophosphamide and bortezomib (CyBorD) would help new patients.

By itself, DARA has proven to be very promising as a treatment for this particular cancer. However, this study was the first to combine it with cyclophosphamide as a treatment for younger patients undergoing a subsequent stem cell transplant, to see if it was more effective.

The results showed that the combination was very beneficial and tolerated by patients, with more than 50pc posting excellent responses. The team went on to show that the two treatments activated the immune system into killing the cancerous cells.

“This new regimen, which is highly effective, safe and convenient, has the potential to become an important new treatment option for patients with multiple myeloma,” said O’Dwyer, who is also director of BCNI.

“A European trial, which will include Irish patients, hopes to confirm the superiority of this treatment over current standard treatment, and will be launched shortly.”