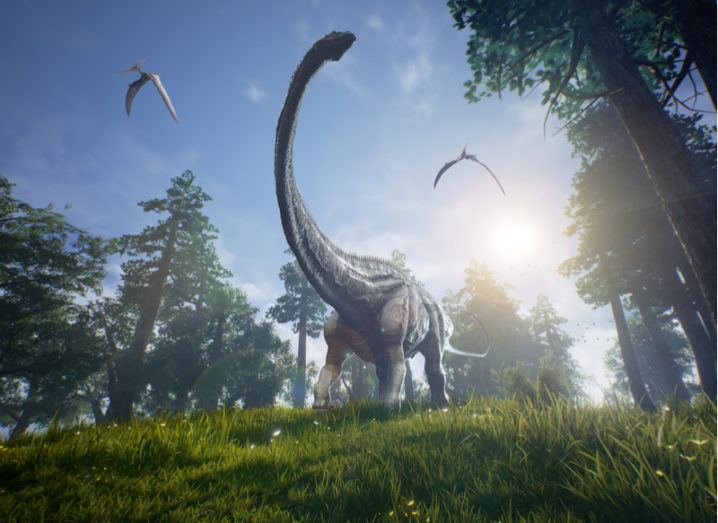 In trying to picture what dinosaurs from millions of years ago looked like, palaeontologists have had limited information at their disposal, with only fossilised bones and amber samples to really work from.
Thankfully, from these samples, researchers have been able to gather fossilised granules of melanin (melanosomes) from the skin, helping us to piece together a better idea of what these creatures might have looked like.

However, an international research team led by University College Cork’s Dr Maria McNamara and PhD student Valentina Rossi is now suggesting that much of this work is fundamentally flawed, requiring a complete rethink of how we go about trying to determine the colour of dinosaurs.
In a paper published to Nature Communications, the team shows evidence that other tissues – such as the liver, lungs and spleen – can also contain melanosomes.

This means that if melanosomes are present within the remains of a dinosaur, it does not definitively prove the colour of the dinosaur’s skin.

Leaky melanosomes
“It’s absolutely critical that we understand the origins of melanosomes in fossils if we want to produce accurate reconstructions of the colours of ancient animals,” McNamara said.

To come to this conclusion, the team of researchers studied the internal tissues of modern frogs using powerful telescopes and chemical techniques to show that internal melanosomes are highly abundant, potentially making up the majority of those found at dinosaur dig sites.

The team also used decay experiments and fossil analysis to show that these internal melanosomes can actually leak into other body parts during fossilisation, “like snowflakes inside a globe”, according to Dr Patrick Orr from University College Dublin who worked on the research.

Rather than now throwing out all previous research, the study does help find a way to tell the difference between melanosomes from internal organs and the skin, as McNamara explained.

“The size and shape of skin melanosomes is usually distinct from those in internal organs,” she said. “This will allow us to produce more accurate reconstructions of the original colours of ancient vertebrates.”